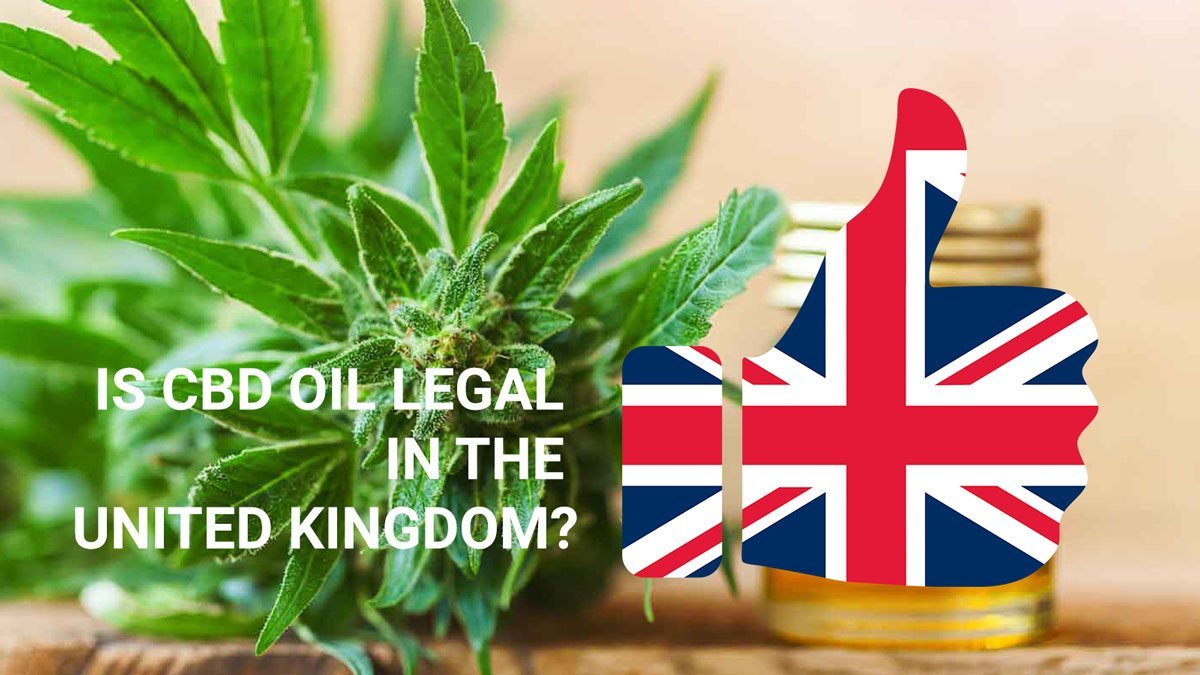 For more than a century, the use of CBD has been prohibited in the United Kingdom, but the laws were changed in 2016 in a bid to recognize it as a medicine that offers therapeutic benefits for the human beings. The lifting of the ban created an avenue for the CBD to be sold legitimately and produced for recreational and medical uses. However, the government is trying to control the use of the oil as there are measures placed to ensure it is not abused. Presently, only sixty-three EU industrial hemp strains are endorsed in the United Kingdom, and any CBD product not manufactured from these strains will be out rightly denied and confirmed illegal. Cannabis oil remains proscribed as a result of the THC content which can make individuals who use get intoxicated and “high”.

Interestingly, most of the CBD oils sold in the UK has lesser or no THC component (below 0.5%), a level which is believed not to alter the state of mind of the consumers. These CBD oils have been confirmed to trigger changes in the body of the users and enhance their health significantly. However, the change in the strict stance of the UK government regarding the prohibition of CBD and its products has created an avenue for the conduct of innovative research works and experiments on the impact of CBD in the UK.

In the United Kingdom, there is a restriction, and there is a need to acquire a license before you can sell CBD and its products. The process through which these licenses are acquired is strict as they are subjected to an application process before obtaining a license. Without home office’s approval, cultivation of hemp or CBD rich cannabis in the UK is considered illegal.

AN INSIGHT INTO CBD OIL

CBD, Cannabidiol is a substance sourced from hemp plants or cannabis through a method of distillation. The CBD collaborates with the receptors in the body of human beings by liaising with the endocannabinoid system (ECS). This system is known to be in charge of controlling important actions such as hunger, mood, appetite, and pain. The CBD oil offers incredible health advantages as most users have confirmed a reduction in their anxiety and stress levels, loss of excess weight, enhanced sleeping pattern. According to the research studies, CBD is claimed to eliminate cancer-related ailments though the authenticity is yet to be proven. CBD can also be applied to handle the adverse side effects of cancer treatment options.

THE CHANGE IN THE UK LAW PROHIBITING CBD

In 2016, the Medicines and Healthcare products Regulatory Agency (MHRA) released a formal announcement about CBD confirming its status as a medicine. There are conditions attached to this assertion as there is a need for the drug to be complemented by a product license before it can be administered. On November 1, 2016, CBD was adopted as a medication meant for the management and treatment of symptoms of some health ailments.

This action has compelled brands interested in manufacturing CBD oil in the UK to acquire a license to engage in such activity. These companies are also required to stick to stringent regulations and quality controls. Interestingly, this announcement has made it possible for the sale of CBD in the UK as a food supplement. Presently, it is legitimate to possess and trade the CBD oil in the UK. It is excellent to note that the demand for the CBD oil has soared in the last one year as the rate of demand has doubled significantly, especially when the sales record of 2017 is compared with the record of 2018.

LEGALITY OF CBD AND THE RULES ABOUT ITS USE

You are not on the wrong side of the law when you purchase hemp and products that contain cannabis in the UK in as much as its THC content is not more than 0.5%. Planting of the cannabis plant without obtaining an appropriate license from the Home Office is illegal and could lead to severe punishment according to the laws of the land. Acquisition of the license for the sale of medical CBD is a process which cost much money, but there is an alternative of trading as a food or nutritional supplement. It is crucial to understand that recreational CBD is restricted by specific regulations put in place by the UK government, as they cannot be sold as a medication that can be used in the prevention, management, and treatment of health disorders.